Album tracks covering at least 50 years. Anything from new and forthcoming releases, back to the halcyon days of Album Rock from 60s to 80s, and the occasional nod into the Rock n Roll era too, if the mood takes. If he thinks it’s good, it goes in. That’s the rule.
Read more 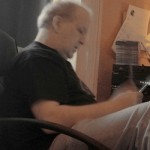 Johnny relaxes at the AZ Tower Studio prior to another information packed Albumzone soirée.Johnny Reece aka ‘The Guvnah’ has been broadcasting programme for various stations over the past couple of decades, to the UK, USA, Netherlands, France, and Slovakia. According to which particular source of information you read, Reece was born in either 1966, 1962, or 1958. However, when very drunk, he has attempted to claim he was born in 1973. Perhaps he doesn’t know. I say this, because I asked him, and he said “I don’t know”. This is, of course, a lie. What isn’t a lie is the fact that he has been buying Music since he was 7, boasts a personal collection of over 20,000 Albums (having run his own Record Shop in the past did rather help that) and still helps out on the production side at a record company, in between writing the odd song here and there for friends Bands. ‘Odd’ being the operative word, he insists. And the rest, as they say, is hysterical. Johnny Reece: may contain nuts. 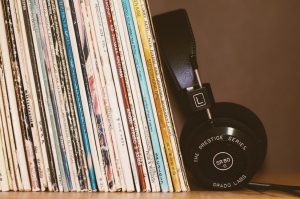 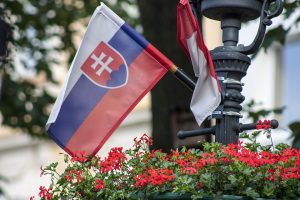 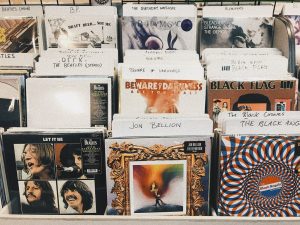